Out via Abinger (back of Leith Hill)-ForestGreen-Rudgwick-Wisborough Green

Note: these routes have been submitted by Dittons Velo riders as routes they have enjoyed or would like to do, they’ve not tested for suitability

No Messing about. A 30mile route from Esher to Box Hill – just about as short as you can get to do BoxHill

From Effingham, it climbs up Beech Avenue/Critten Lane towards Ranmore.

Up Box Hill and back through Leatherhead.

If you add a ride to and from Dorking, even add Box Hill perhaps, this could be quite an epic Spring/Summer ride for anyone who likes hills.

60mile circuit from Friends Life in Dorking, the 6000′ of climbing includes Westhumble-Ranmore. Barhatch, Leith Hill, and Whitedown almost at the end.

There’s a longer route, but it doesn’t add much climbing

Note: these routes have been submitted by Dittons Velo riders as routes they have enjoyed or would like to do, they’re not tested for safety or suitability

Back via Ewhurst, Peaslake, E. Horsley

Note: This GPX file has a error at the junction of Home Farm Road and Hambledon Road in Busbridge. Turn left not straight on! Also on Alfold Road, Dunsfold ignore the right turn into Rams Lane.

Note: these routes have been submitted by Dittons Velo riders as routes they have enjoyed or would like to do, they’re not tested for safety or suitability

David Marsden Ride Reports
OK, so I’m taking over the blog today to make it known that I have set myself a target of 5,000mi year on the bike.
I thought about it (informally) some time ago, thinking it would never happen but it’s been a good year of Dittons Velo bike rides and the miles have been building up. I’m still some way off (over 1,000miles) and with less than two months, and two Winter months at that, I’m not going to find it easy to get those miles in. I’m hoping however by coming out of the closet (so to speak), I’ll garner some moral support but also some support in-person: perhaps some of you who haven’t been out for rides as much as you should have been this year can come along and keep me company.
I’m not alone in setting targets for myself, so if you want me to publicise your own challenge, just let me know. A problem shared is a problem halved, right?
So far I’ve been logging the miles only the DV rides – weekends and evenings. I’ve not logged my daily commutes (I commute on the bike most days, any weather:adds up to c. 1500mi/year) – but have started to log those miles this week.
I have 1024 miles to go to hit the target (being a geek for a second, 1024bytes=1KB [KiloByte] in old binary language – hence the “KiloBike Challenge” for my 1024 miles). That’s about 110mi/week. In Summer, that’s very doable and about what I was averaging on DV rides. In Winter it’s going to take a bit more dedication – I did those miles in a mild and forgiving January earlier this year. But based on last year, I’ll need encouragement to get through this and to keep going…hence going public with the target.
I’ll include turbo miles only if the weather turns horrid and cycling outdoors is not possible. It may sound like cheating, but if you do use a turbo trainer, you’ll appreciate that doing hour after hour cycling indoors alone (with no air to cool you; and with legs moving continuously not stopping at junctions, roundabouts, traffic lights, downhills etc) is not an easy way out. In fact, it’s torture compared to doing the same miles on the road.
This brief and conservative challenge is not a Calais-Cannes ride in 4 days, or a ride to Santander (the city, not the bank); it’s only the same as riding from Esher to Beijing, in a year, but it’s my own little challenge to keep me focused on riding as many miles as I can over the next two months. I hope you’ll join me on the DV rides and perhaps set your own challenges.
David Marsden Ride Reports

This week saw the first of the DV evening Training Rides. What’s a training ride? A short fast ride in a small group, not social, no stopping (traffic lights and junctions aside!). As fast as the group can sustain for about an hour basically. The loop for last night’s ride was 20mile circuit from Hampton Court, around Upper Haliford, Chertsey, Brooklands, Walton.

It was a superb first ride – the route and details from Strava is below. 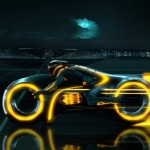 Fast riding in the dark you say? Is that safe? Well, unlike the Summer evening rides, the route for these needs to be on well lit roads – and thanks to MattP for showing us a great route. But of course we need to be visible too and don’t even think about doing these rides without full lights fitted and charged. Between the three of us last night I think we may have been giving off enough light to be visible from outerspace. Dr David had fitted a light brighter than the sun – sourced from eBay for thrupence apparently, even outshining (literally) my own light show using Exposure Joystick helmet mounted and Trace and TraceR on the bike. Wearing something fluorescent or reflective would be a sensible move too.

Anyway, the message is: come and join us – for evening training rides, or for weekend rides. If you feel the shorter days and duller weather is stopping you riding, come and prove it doesn’t need to. In January, Dittons Velo did as much riding as any month in summer – and the members that kept going throughout the Autumn and Winter months really saw the benefits in their early season fitness. A lot of you have put a lot of time and effort into training during Spring and Summer – maintaining fitness in Autumn and Winter will mean you won’t be starting from scratch again next Spring!

If you want to know when these evening training rides happen, or if you’re a resident of Esher, Thames Ditton, Cobham or the Elmbridge area and you’re looking for a group to join some weekend rides, sign up here and come and join us for weekend or evening rides or contact us with any questions.

Last Sunday (24th August 2014), the now honourable members of the exclusive DVCC (Dittons Velo Century Club): Hobbs, Dick, NigelS, IanP, MattW, Dr. David, Rob, me completed the first DV100 ride. Sandra joined us on the ride out to Henley but was on duty at the regatta, so sadly couldn’t join us for the return leg. We all set off from Esher together in the chilly morning air at 730am, with Hobbs and Dick keeping to their own pace after we left Cobham and started heading towards Ripley. We all re-grouped in Henley to celebrate passing the half-way mark.

For a 100mile route, it was a very flat route with only 2000′ of climbing (trust me, it’s not easy to plan a route that flat!). The route was planned giving a longer first ‘half’ so by the time we arrived in Henley for a well-deserved snack, we’d already ridden about 55miles making the ride home the ‘short half’. Our Henley stop was a little longer than intended, but great snacks, socialising, atmosphere and weather at the skiffing regatta. (And well done Dittons)

As is often the way, we got confused in Windsor Great Park (the Garmin navigation software pleads ignorance) but eventually found our way out, pointing in roughly the right direction. However we made another slight deviation to the route which ultimately meant we had to add a few miles at the end of the ride – with a lap of Bushy Park and then a victory lap of Kingston to make up the full 100.

Nigel suffered a slow puncture in the last mile or so, but the tyre carried him just to the 100mile point with Cafe Rouge in sight, before it ran flat. For many of us on the ride, including myself, this was the first time we’d attempted 100miles in one ride so this was a great achievement and well done everyone. Thanks to the faster riders who may have done century rides before and who had to slow down their pace to ensure everyone was able to keep going for the full 100 (in itself that’s difficult to do, for so many hours on the bike) but it was great to have everyone along for company and the encouragement was fantastic!

So, that’s the first DV100 done.When do we do the next one? What route should we take for the next DV100?

And now for the proof, well some photos: 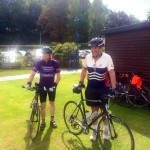 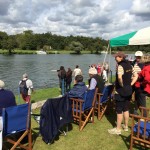 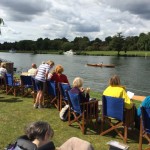 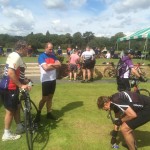 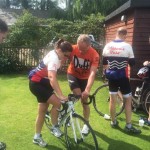 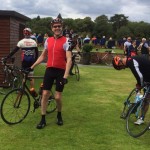 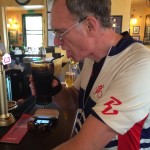 I had my first Dittons Velo outing at the start of May 2013, so I’ve been enjoying riding with the group for close to one year now.

And what a year: approximately 4,000miles (that’s more miles than I put on our car), 200hrs on the bike…and such fun.

I’m hoping the second year will be even more miles, lots more climbs, and a much fitter me as a result.

If you’re hesitating about riding with a club, come and join us — no-one regrets the decision.

Saturday was excellent – perfect weather and healthy turnout of 13 I think:

Boysie, MattW, AndrewW, Rob, Graham, Siobhan, DavidW, RichardC, Sandra, JohnS, Leo, me. Plus we were joined by Peter on his first DV ride.

As planned we set out on the route I’d proposed but were forced to backtrack and take Hungry Hill instead of the Ripley W.Clandon extension..cutting about 5mi and 300′ climbing off the route.  Route was Cobham-HungryHill-StapleLane-GreenDene-BeechAve/HighBarn/HogdenLane-Ranmore-BoxHill (tea & cake). Back via Epsom and Oxshott.

A few people with less time available took short cuts, some preferred to miss out Box Hill. Everyone seemed to enjoy themselves.

A colder day but nice start to the day. Dr David, Brett, Rob and myself met up at G!ro and, after convincing Brett against a day spent looking at floods in the Thames Valley we headed out for a sprightly 50mi route mostly on main roads through Leatherhead, to Dorking, Reigate, Gatwick, slog up to Reigate Hill for short chilly tea stop, then back via Redhill, Tadwoth, Epsom downs.

Looking forward to next weekend.

We have a few new members following us (either on Facebook, Twitter, Strava, or on the blog), and interested in coming out on their first DV ride soon…great news. Leo, DavidW, Mark who all joined us recently are already becoming regular attendees!